Apple’s next iOS release, is putting emphasis on education. Through a new website, Education Preview, the company explains the key feature of the new software release: “Technology can reshape education. And iPad, with its powerful features and apps, opens up new, more engaging ways of learning. With the iOS 9.3 beta, you’ll find a preview of new features that will make it even easier for schools to put devices where they’ll have the greatest impact — in the hands of students.” 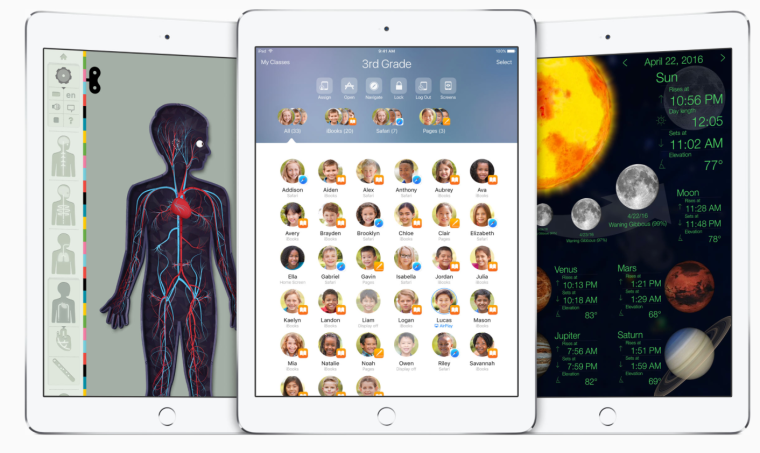 Apple’s latest move is a direct response to the Google Apps for Education, which is prevalent in many schools across the nation:

Google says it has 30 million students, faculty and staff using Google Apps for Education, a free collaboration suite for schools, around the globe. But this doesn’t count teachers and schools that informally use Google apps. With the 2012 U.S. census recording 55.5 millionenrolled in U.S. K-12 schools, Google hasn’t captured the U.S. education market just yet, but appears to be well on its way. (IBT)

So once, again it’s Google vs. Apple but this time the battle is in Education!