Now you can understand the title of this post, DoD + Silicon Valley > ISIL? Meaning can a partnership between the tech world and the US government be the key to fighting terrorism? That’s exactly what the Secretary of Defense, Ashton Carter, suggested this week (watch below).

It really is a crazy time in tech and I can’t imagine how the US government can expect this campaign to be successful, without the likes of Apple, who by the way is currently in a fight with the FBI for REFUSING to unlock an iPhone of one of the SanBernardino shooters. Don’t think this is at all inconsequential. As I told you before, it would be EXTREMELY IMPORTANT to see what side the other tech companies took in this battle. Facebook, Google, Verizon, Microsoft, Amazon and others ALL support Apple’s position.

U.S. Secretary of Defense on Apple encryption: ‘I’m not a believer in backdoors’

So how can the government on one hand, ask tech to help fight terrorism one way, while at the same time asking these companies to completely ignore the privacy of millions of Americans also in the name of fighting terrorism. Sorry; but, that is not going to fly, so saith and judge in New York.

Apple Gets Tech Industry Backing in iPhone Dispute, Despite Misgivings 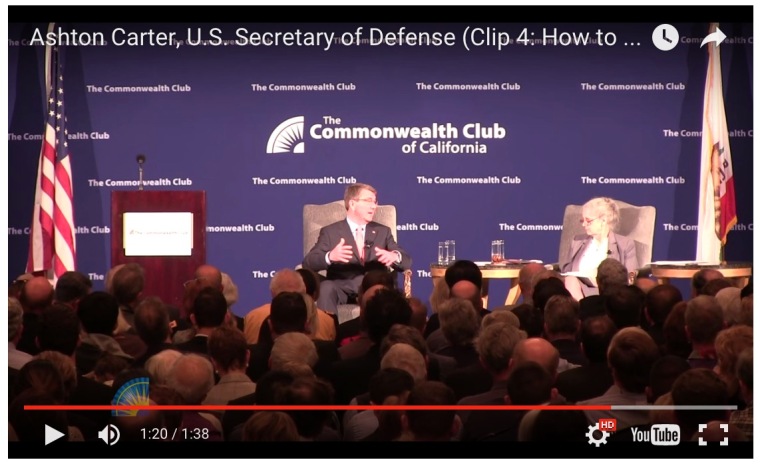